The Covid-19 pandemic abruptly shut down all New Jersey courts in March 2020. The wheels of justice screeched to a halt and all municipal, criminal and civil proceedings were put on hold for the health crisis. This left the courthouse doors closed for all litigants in New Jersey. No in-person proceedings where permitted and the Courts shifted to remote hearings. This permitted attorneys and litigants to appear virtually via Zoom and other video platforms. However, all grand jury proceedings and municipal, civil and criminal trials remained on hold. On June 22, 2020, the NJ Judiciary opened courts for a small number of court proceedings. Courts were opened to only a few judges and court personnel.  However, all trials remained on hold. The suspension of grand jury proceedings and trials caused an enormous backlog in the courts and prevented cases from moving forward. Criminal defendants who remained in custody were prevented justice and denied speedy trial rights.

Before the health crisis, there were over 50 grand jury panels hearing cases in New Jersey.  In order to address the backlog of criminal cases, NJ instituted a pilot program to hear grand jury cases virtually. This pilot program was limited to only two (2) counties: Mercer County and Bergen County. Virtual grand jury proceedings moved forward virtually via Zoom video. However, in order to participate, grand juror members required laptop computers, tablets, and smartphones with internet capability. Grand jury members also required a private and secure access to the internet for multiple hours. They also required devices with video capability and experience with video conferencing in order to participate.

The potential problems with virtual grand juries are numerous.  Many potential grand jurors do not have access to the technology that is required to participate. The Judiciary purchased the video platforms that the Court required in order to conduct virtual hearings. It also purchased $600,000 worth of Samsung tablets for the public to participate in virtual court hearings. However, everyone has experienced dropped calls or inaudible conversations during cell phone calls. Dropped video, frozen video, poor Wi-Fi or inaudible testimony during grand jury hearings are not just problematic. They infringe on defendant’s constitutional rights to a fair grand jury presentation. Despite the potential problems and constitutional infringement, the virtual grand program moved ahead and returned indictments.

Jury trials were suspended for over 6 months due to the pandemic in New Jersey. The first 2 criminal jury trials started in September 2020 after virtual jury selection. One of the trials was suspended before the trial even kicked-off due to challenges with the jury selection process. In order to be selected for jury duty, potential jurors were prescreened for Covid-19 and for technology. However, the Judiciary’s trial plan did not account for potential jurors with lack of required technology capability and would eliminate jurors in minorities, in poverty and elderly jurors. Again, virtual jury selection could deny a criminal defendant a jury of his peers and further trample constitutional rights. The constitutional guarantee of a fair trial and presumption of innocence should not be diminished during a pandemic. Limitations on technology, internet access limit the number of jurors, even with the Judiciary accommodations. Elderly people, those with pre-existing conditions and high-risk individuals to Covid with further limit the cross-section of potential jurors. Any limitation on a potential jury pool violates a defendant’s right to a fair trial.

The current NJ Judiciary notice on the resumption of trials can be found here: https://njcourts.gov/notices/2020/n200914a.pdf?c=U3D 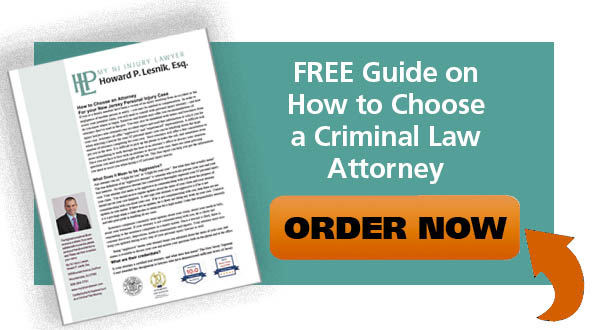